In the topic of Appalachia contact the subject librarian who is related to the class or your major. 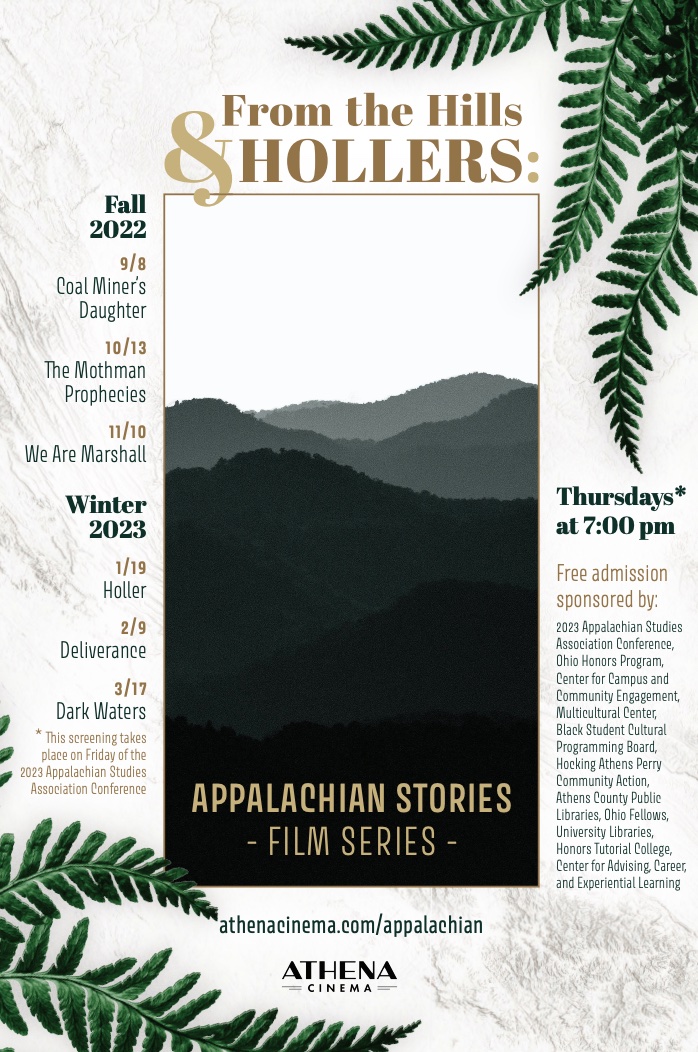 FROM THE HILLS AND HOLLERS - FILM SERIES

Following the success of the full capacity screening of our 50th anniversary of Appalshop’s STRANGER WITH A CAMERA screening in 2020, the Athena Cinema and partners present an exciting new film series on Appalachian culture and depictions in film.

The mission of the series is to connect Athens and the university community to the surrounding region by examining the different ways Appalachia has been represented through film. We seek to develop cultural competency and humility by showing viewers the way both the assets and challenges the region faces have been viewed by those who have the power to represent it on screen.

Short introduction/lectures will provide context for the film and introduce the underlying issues represented in film and other media. All events in the series are presented with free admission.

This link has a mix of dvd's and videos on the web that are free to Ohio University students.