How to find books, articles, maps, images, etc. relating to Greek archaeology. The Guide is also relevant for 3000-level courses.

For dozens of resources on ancient geography, take a look at the Roundup of Resources on Ancient Geography posting on AWOL - The Ancient World Online.

Many more resources are available at the Ancient World Mapping Center.

Except as noted, all of these titles are in the Reference Collection on the 2nd floor of Alden Library. 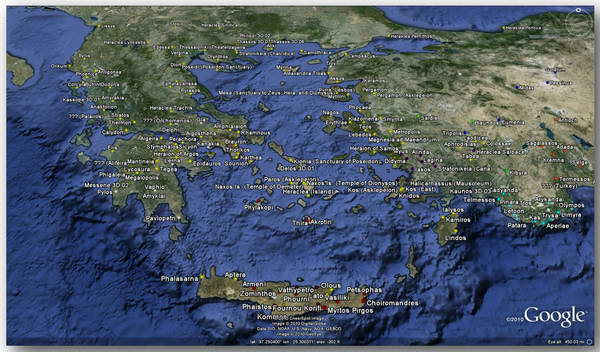 A preliminary set of placemarks for Google Earth of a selection of the most important archaeological sites in the Ancient Near East can be downloaded here (as an alternative try right-click or ctrl-click).

These placemarks work with Google Earth, which has to be downloaded (free at earth.google.com). When opened inside Google Earth, you will be able to "travel" to various places in the ancient Greek world. Besides viewing the current topography, there are icons for photographs of the various sites. 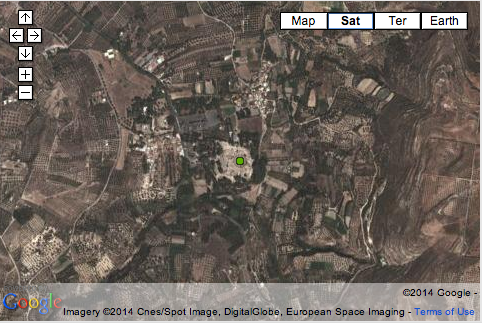 Ancient Locations is a "collection of Placemarks of archaeologically interesting locations of the ancient world. The list is continuously updated and expanded to give anyone with an interest in archaeology and history the possibility to look up the coordinates of relevant sites. Locations are included if they existed prior to 476 CE in the Old World (end of the West-Roman Empire) and prior to 1492 CE in the New World (re-discovery of the New World)."