This guide is designed to inform you about the Opioid Crisis and provide research resources specific to the topic. 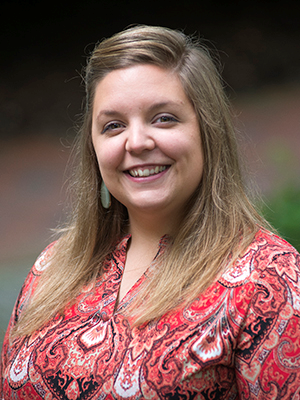 The purpose of this guide is to give a general history of the opioid crisis as well as sources, databases, and tips for researching.

This guide will provide information on:

For any questions, comments, or help related to this guide or research please contact Hanna Schmillen, whose information can also be found on the last page of this guide.

Opioids are a class of drugs used to decrease/and or relieve pain, including legal pain relievers available by prescription, illegal drugs such as heroin, and synthetic opioids such as fentanyl. All of these drugs, including those prescribed, are highly addictive.

Opioids contain chemicals that relax the body which can relieve pain and cause the feeling of tranquility. Prescription opioids and illegal opioids both produce a similar reaction and those who start on prescription opioids may switch to heroin to get a similar high for a cheaper cost.

As of October 17, 2017 the United State Government has declared the opioid epidemic to be a public health emergency.

The Opioid Crisis rise in deaths has occurred in three waves:

1.) The first wave began in the 90's when the amount of prescribed opioids increased.

2.) The second wave was in 2010 as Heroin overdoses increased.

This information can be found at the CDC Understanding the Epidemic and the NCBI Database History of the Opioid Epidemic. 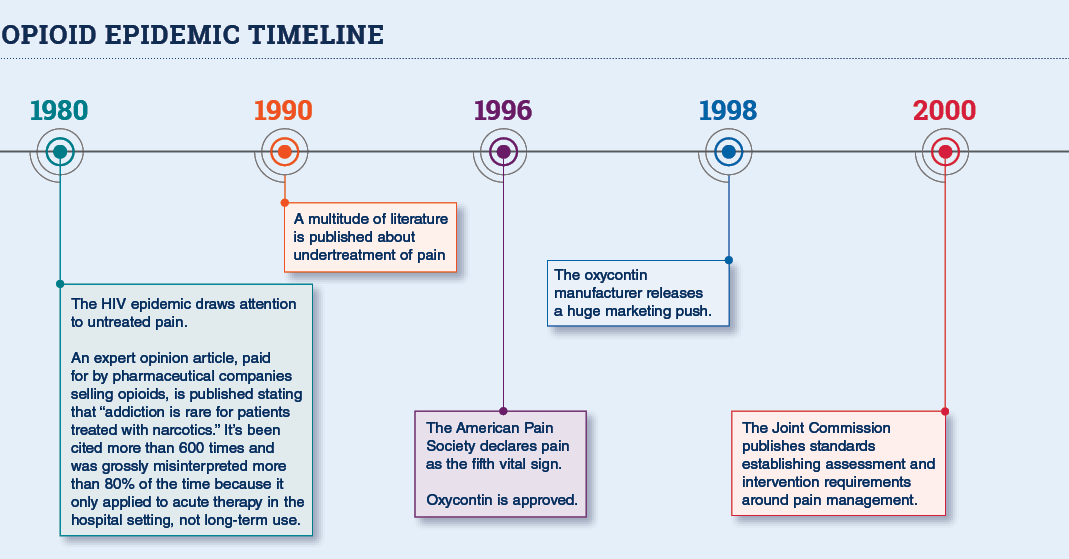 Timeline from: Opioids Have Been a Healthcare Concern Since the 1980s, but Here’s How Nurses Can Help. January 22, 2019 by Erin Dickman MS, RN. ONS The Voice.

Drug addiction is a chronic disease of compulsive or uncontrollable drug use. Drug dependence is when the neurons in the brain adapt to only functioning normally while the drug is in the system while the absence of the drug causes severe reactions.

Taking opioids can lead to a tolerance which means that the user requires more doses over time in order to achieve the same high effect. Taking too many of an opioid at once can lead to the slow or stop of breathing which can then lead to death.