Fair Use and Creative Commons for Images

The information in this guide is intended for informational and education purposes. That means it is not legal advice. If you need legal advice, consider contacting the Ohio Bar Association.

Creative Commons in theory and practice

Creative Commons is a nonprofit organization that "provides free, easy-to-use copyright licenses to make a simple and standardized way to give the public permission to share and use your creative work–on conditions of your choice." By allowing creators to keep certain rights (or none) and relinquish others, Creative Commons contributes to the development of open and accessible materials on the internet--from images and music to academic presentations and writings. And while copyright law varies from country to country, Creative Commons licenses are valid and enforceable around the world.

Creative Commons has several partner institutions and organizations the contribute this open information or give creators a platform to make their CC-licensed materials findable (or users a place to browse materials that suit the re-use needs). 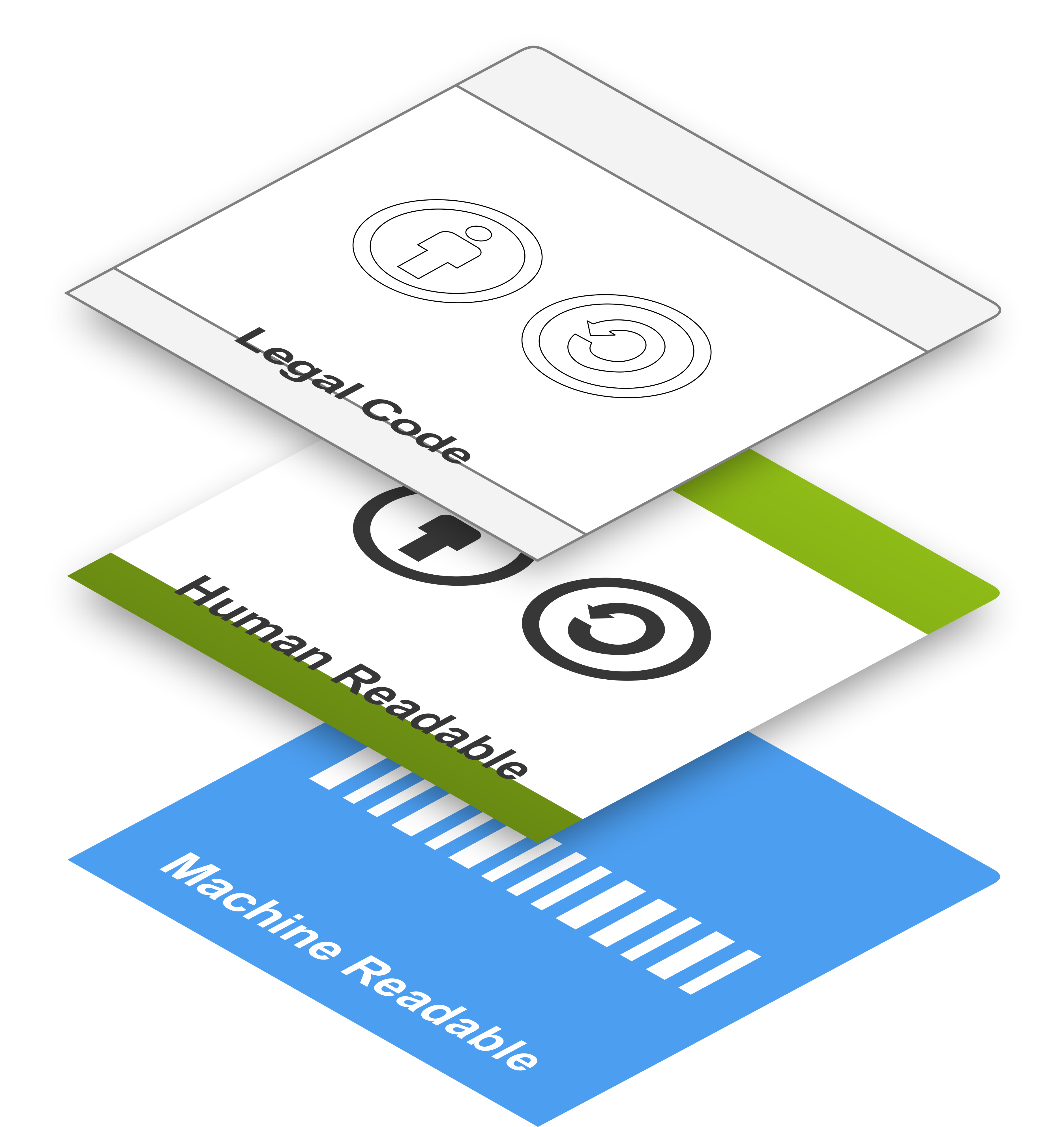 All Creative Commons licenses are based on four conditions of copyright that the creator is willing to release, usually offered in some combination of those four conditions. While we acknowledge that under the purview of Creative Commons licenses, the line between "user" and "creator" is fluid, here we are using the term "user" to refer to person(s) seeking CC-licensed materials, and "creator" to refer to person(s) licensing their works and making them available to the public under a CC license. The four conditions are:

Attribution (BY): Copying, distribution, remixing, display, preparation of derivatives, and performance of the licensed work is permitted when the user gives the creator proper attribution.

Share-alike (SA): Derivative works must be licensed by the user under the same license as the original licensed work--not more or less restrictive.

Non-commercial (NC): Copying, distribution, remixing, display, preparation of derivatives, and performance of the licensed work is permitted when the user is doing so for non-commercial use.

No Derivative Works (ND): Copying, distribution, display, and performance of the licensed work is permitted, while remixing and the preparation of derivatives is not.

Mixing and matching these conditions could potentially create 16 different licenses; however, some of the conditions (like ND and SA) are mutually exclusive and cannot be combined. Moreover, the CC 2.0 licenses treat attribution as standard, meaning that combinations that do not include attribution have been "retired"--although users are free to disavow their attribution rights. Over time, Creative Commons has altered or clarified their licenses, with the most current version being CC 4.0.

This leaves a total of seven commonly used licenses, as follows: 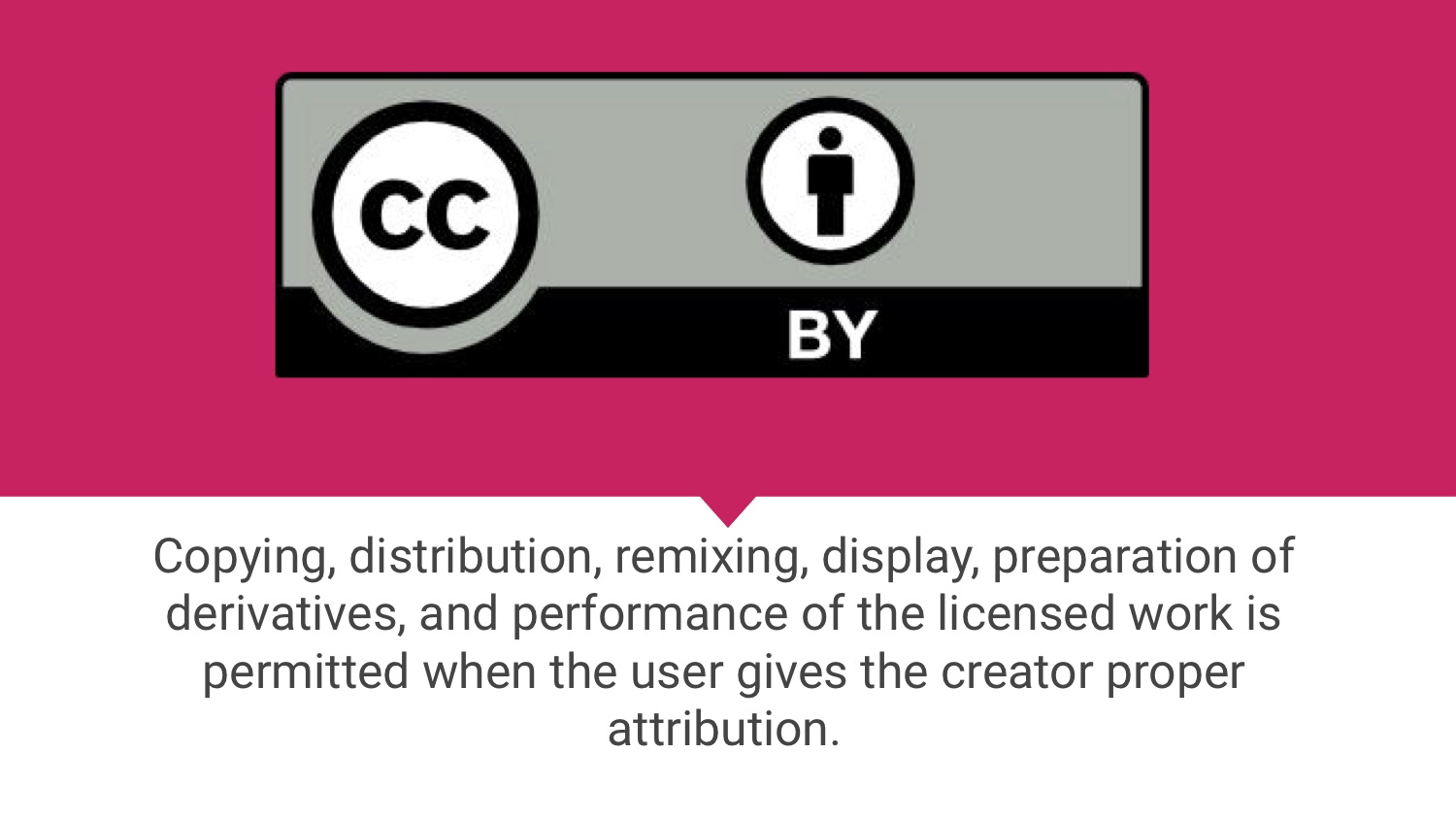 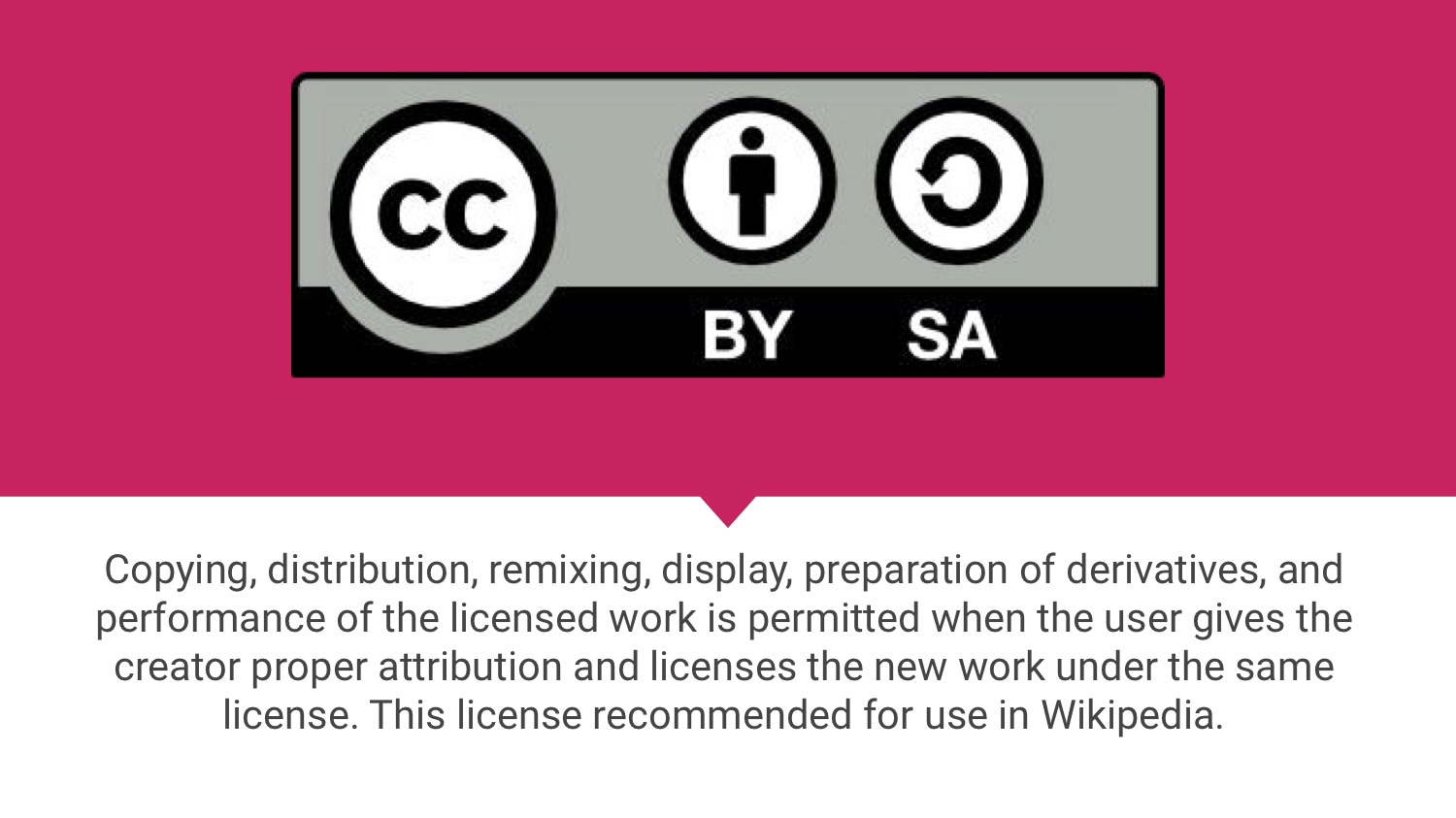 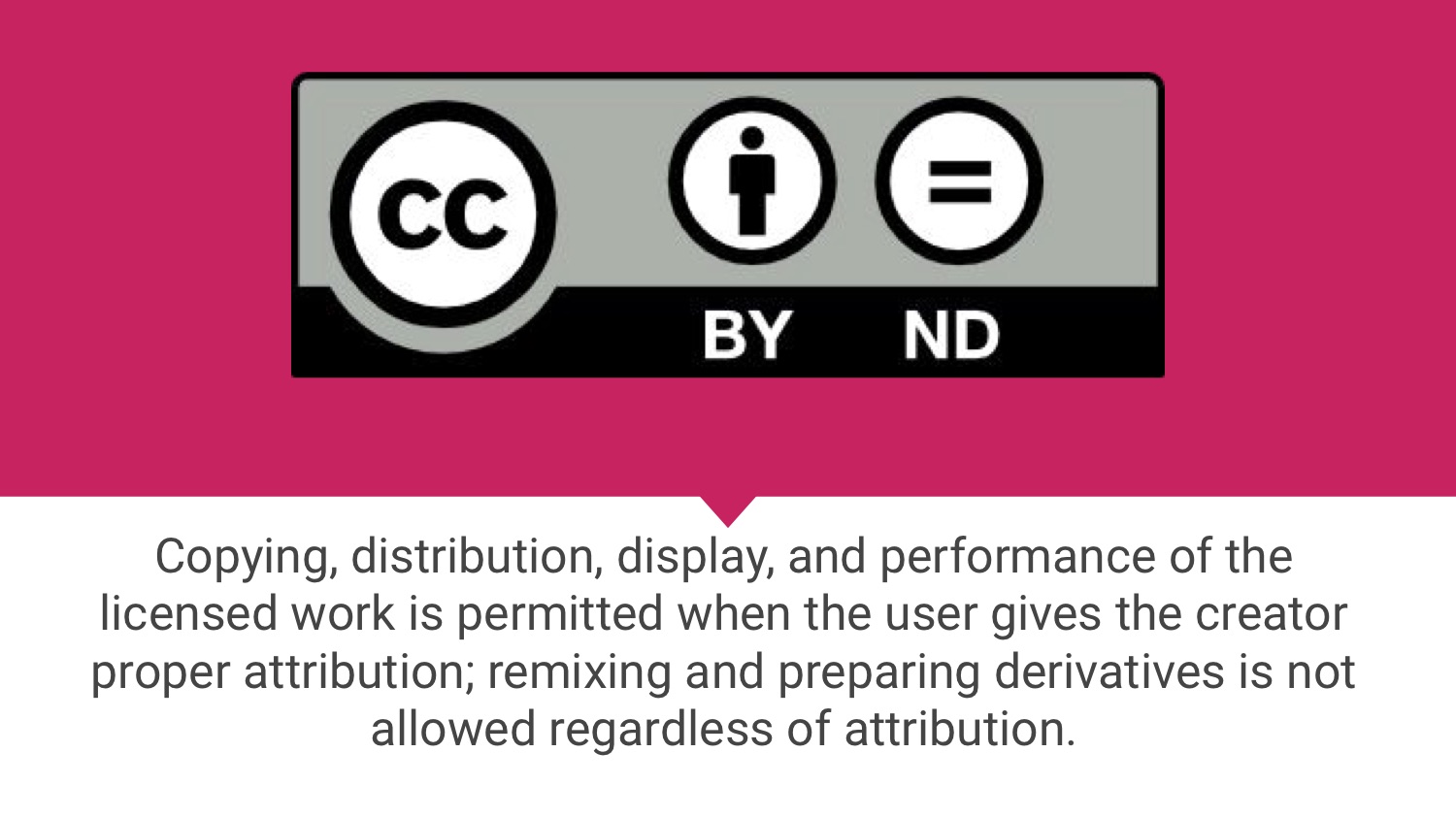 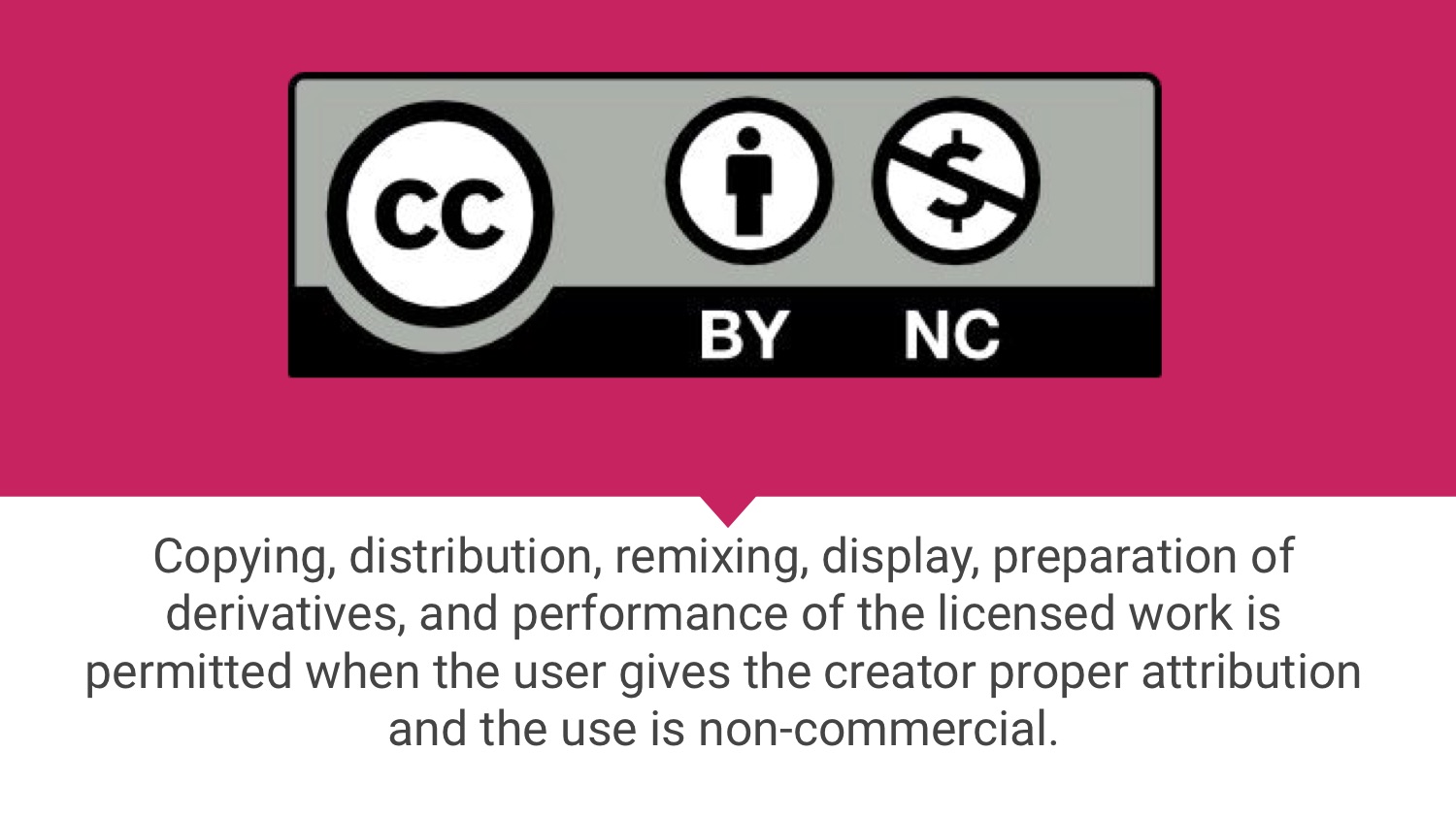 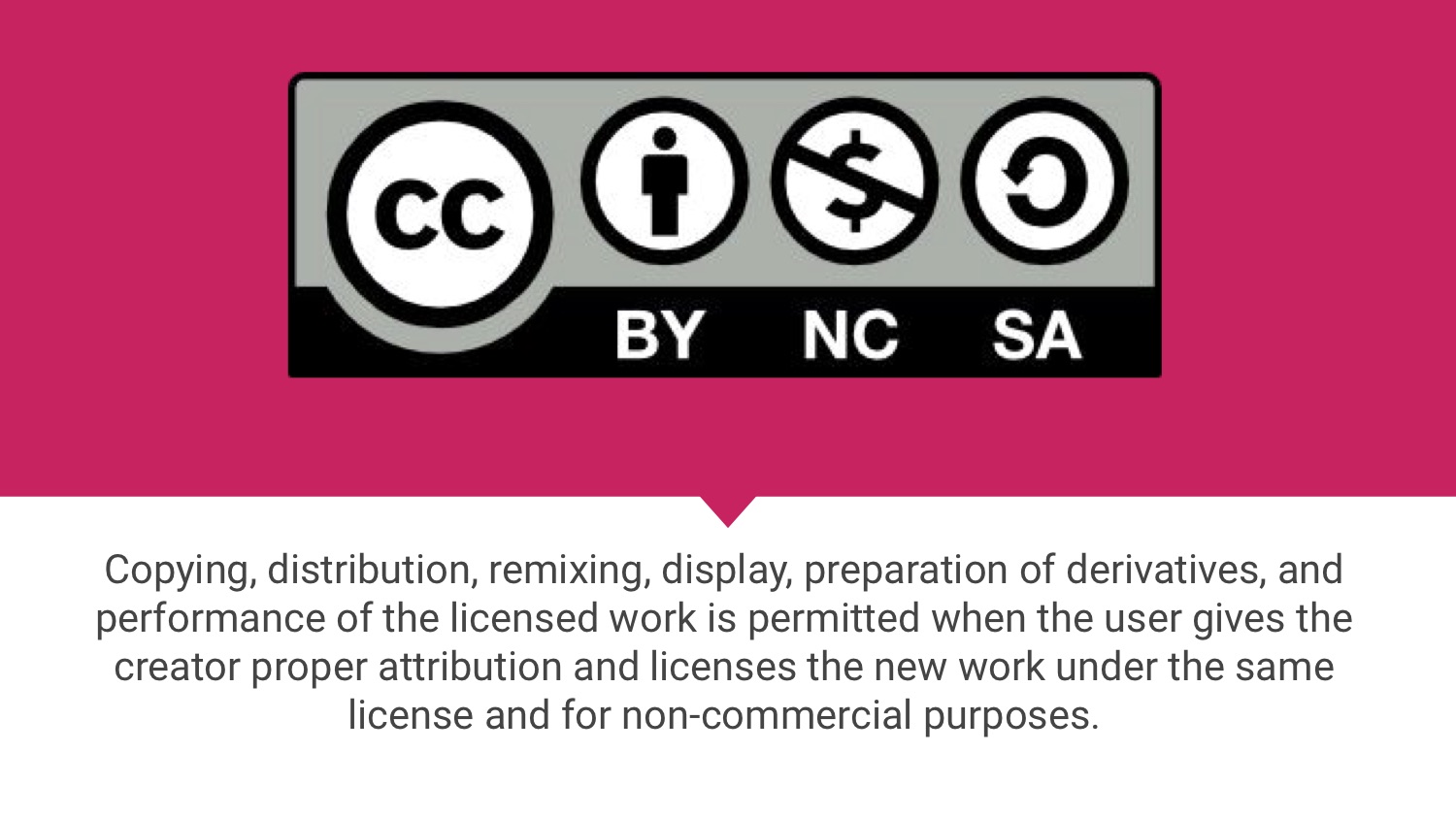 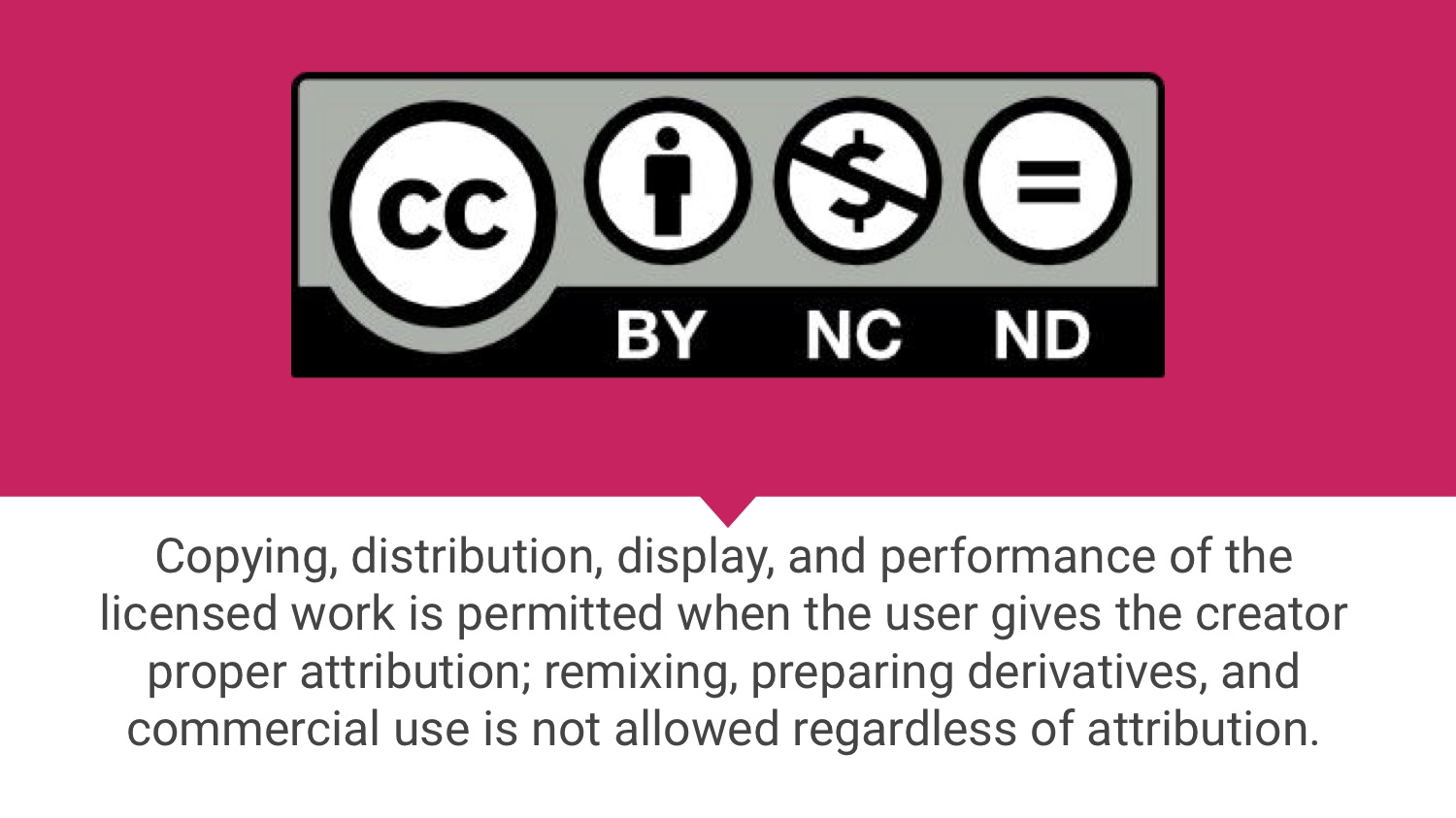 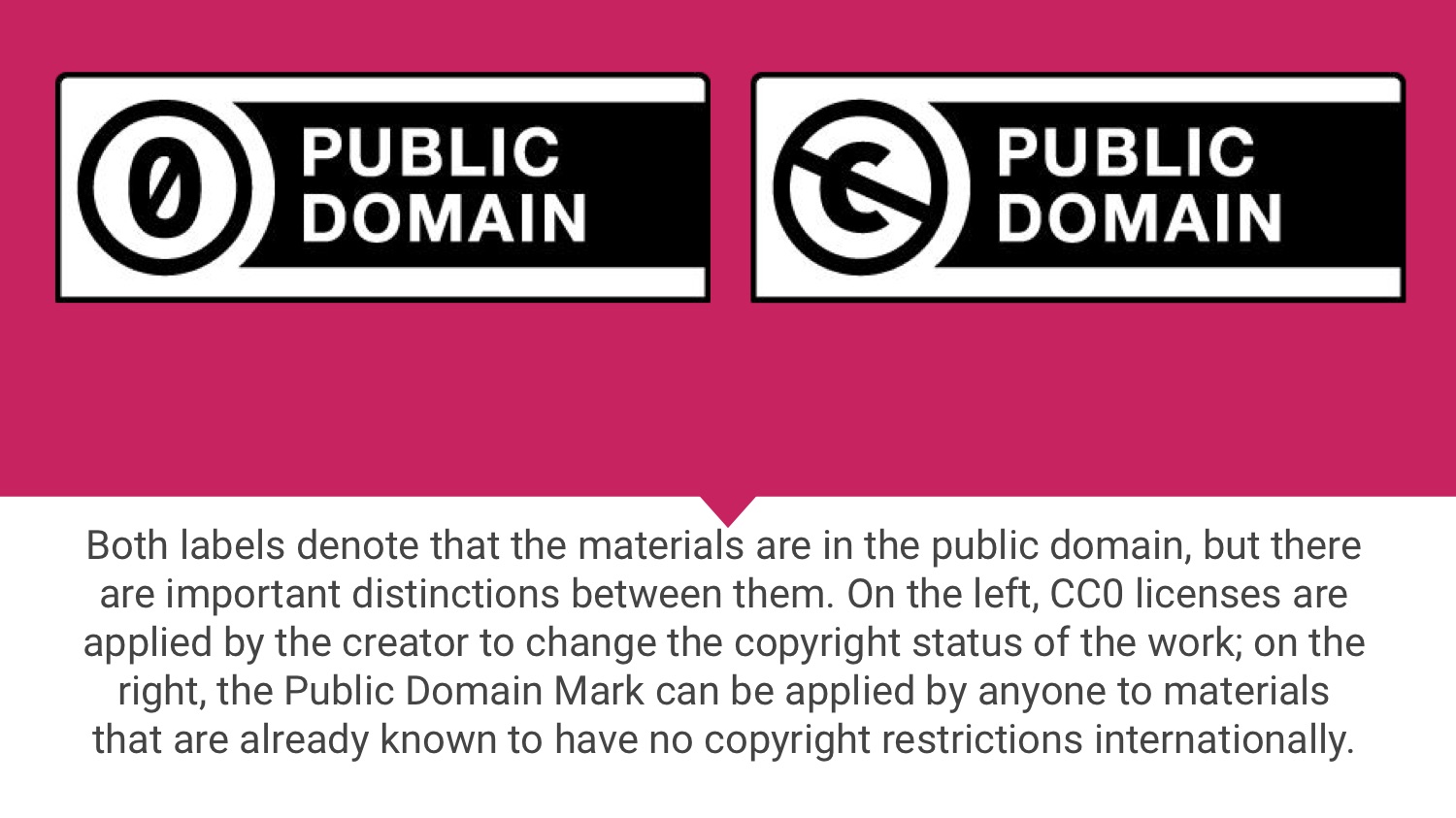 Adding CC licenses to your work

Once you've decided which license is right for your work, it's important to make sure you are applying the most recent version of the license (currently Creative Commons is on version 4.0). When it comes to "marking" your work with a CC license, it's important to remember the "three layers" of the CC license. You'll want to include a visual indication of the license, a clear reference to any third-party material you are presenting along your own copyrightable material, a link to the human-readable license, and the machine-readable metadata to be encoded in the licensed material or the page itself (read more at CC's FAQs page). Some websites like Flickr will allow you to license your work directly in their interface; to generate the code for the machine-readable license, try the CC License Chooser.