The books listed below can give you good background information. Be sure to look at the lists of references at the ends of the entries, too!

The Digital Archaeological Atlas of the Holy Land is an online atlas to sites in the Middle East from prehistoric times to the early 20th century. 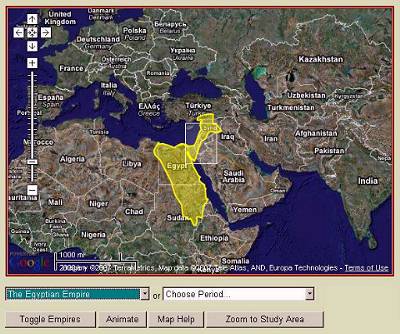 It includes maps (which can be animated) for archaeological periods and empires, a database for site information, and much else.

Because of the way the site is designed, a wide monitor is very helpful!

A preliminary set of placemarks (ANE.kmz) for Google Earth of a selection of the most important archaeological sites in the Ancient Near East can be downloaded here (as an alternative try right-click or ctrl-click).

ANE.kmz works with Google Earth, which has to be downloaded (free atearth.google.com). When opened inside Google Earth, ANE.kmz gives, to the left, an alphabetic list of ancient sites and, to the right, on the satellite photo the same sites marked. For the moment, there are some 2500 sites with modern names; among them some 400 have ancient names. Additions of more sites are planned.