A research guide to the major Ohio University Libraries' resources for legal and legislative topics.

A legal citation is a reference to a legal document such as a case, statute, law review article, etc. 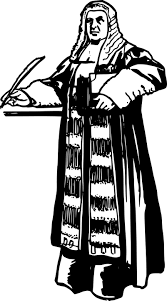 First, you should check the documentation for the citation system you are required to use, e.g. APA, MLA, etc. Here's a page about citing legal sources in APA, for example.

Sometimes these citation systems (or your professor) will direct you instead to the standard legal citation system from The Bluebook: A Uniform System of Citation (available only in paper for Ohio University affiliates).