A collection for business research frequently-asked-questions, how-to's, and other random research tips. 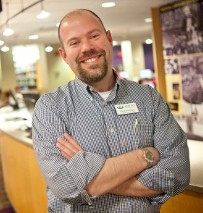 What are NAICS and SIC Codes?

The term, NAICS, refers to the North American Industry Classification System. NAICS is the Census Bureau’s “system for classifying business establishments. It is the first economic classification system to be constructed based on a single economic concept. Economic units that use like processes to produce goods or services are grouped together.”  Basically this means that similar companies that are in the same line of business will be assigned the same NAIC codes.  The system is hierarchical with more broad industries at the top of the numerical range. More specific industries have more numbers.

NAICS codes are used in the Economic Census as well as in a number of different databases (Business Source Complete, Mergent Online, Ibis World, etc. all use NAICS). To look up a code for a particular industry, visit the official NAICS website and do a keyword search for the industry.

The NAICS system was created in 1997 to replace the older SIC codes. SIC codes are no longer updated, while the NAICS codes were last updated in 2007. Since many resources use only NAICS or only SIC codes, it is important to have both the NAICS codes and SIC codes when doing business research. To convert SIC codes to NAICS codes (or vice versa), take a look at the SIC and NAICS Concordance Tables.

The Standard Industrial Classification System, or SIC, is a numerical scheme used to classify businesses according to industry type. Companies in the same industry were assigned the same number or SIC code. For example, General Motors, Ford Motor Corporation, Honda, and Toyota were all assigned the SIC code of 3711.

The SIC system began in the 1930’s and was last updated in 1987. Critics of the system in the early 1990’s called for a newer system, because the SIC codes did not keep up with current industries. Therefore, the North American Industry Classification System was created in 1997.

While the NAICS system is more up-to-date than the SIC system, many databases  still use SIC codes. Therefore, it is important to be familiar with both the NAICS codes and SIC codes when doing business research. To convert SIC codes to NAICS codes (or vice versa), take a look at the SIC and NAICS ConcordanceTables.

How the codes are used in business research

Typically you'll only need to use NAICS or SIC codes when you are using a database to pull data for companies in a specific industry.  While most databases will have a keyword search for industries, it helps to know how industries are organized by codes to better find the closest matching industry within the database.

As an example, the video below demonstrates how to use industry codes to companies by industry in Mergent Intellect.

If you are looking to open a company in a particular location, you will want to identify competitors, as well as nearby companies and peers, in your location. If you are opening a retail establishment, you’ll likely want to identify what other retail venues are nearby so that you can get a share of the retail traffic. This video demonstrates how to identify companies by industry in a specific location using Mergent Intellect.